Summer of Enlightenment: Arts, Music & Culture in the Berkshires

Culture is alive and well in the Berkshires, even if much of it springs from history that dates back to our great-grandparents’ generation and beyond. Centuries-old tradition meets modern innovation to create a wealth of museums, performance venues, and cultural organizations who share one central mission: to deliver art, in all its forms, to the people who live in and visit the rolling hills of Western Massachusetts.

It’s impossible to cover every notable spot of cultural import in this space, but here’s a cross-section of the captivating places that help make the Berkshires so special. 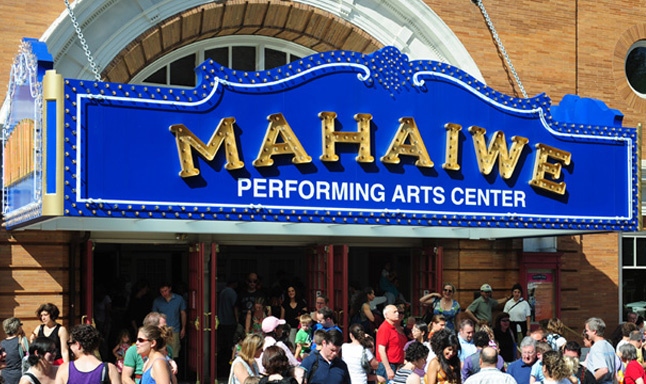 Theater, dance, music, film, and education have a year-round home at Mahaiwe Performing Arts Center in the beautiful Berkshires. Events are designed to be affordable and to appeal to all age groups, and the venue couldn’t be more appealing. Mahaiwe’s theater is a three-story tribute to French Renaissance Revival that once booked vaudeville acts before showing movies.Now there are performances from almost every genre, including modern dance, magic, one-man shows, classical music, playwright readings, acrobatic showcases, and so much more. Expect to see local stops from internationally renowned acts as well as regional artists looking for their big break. 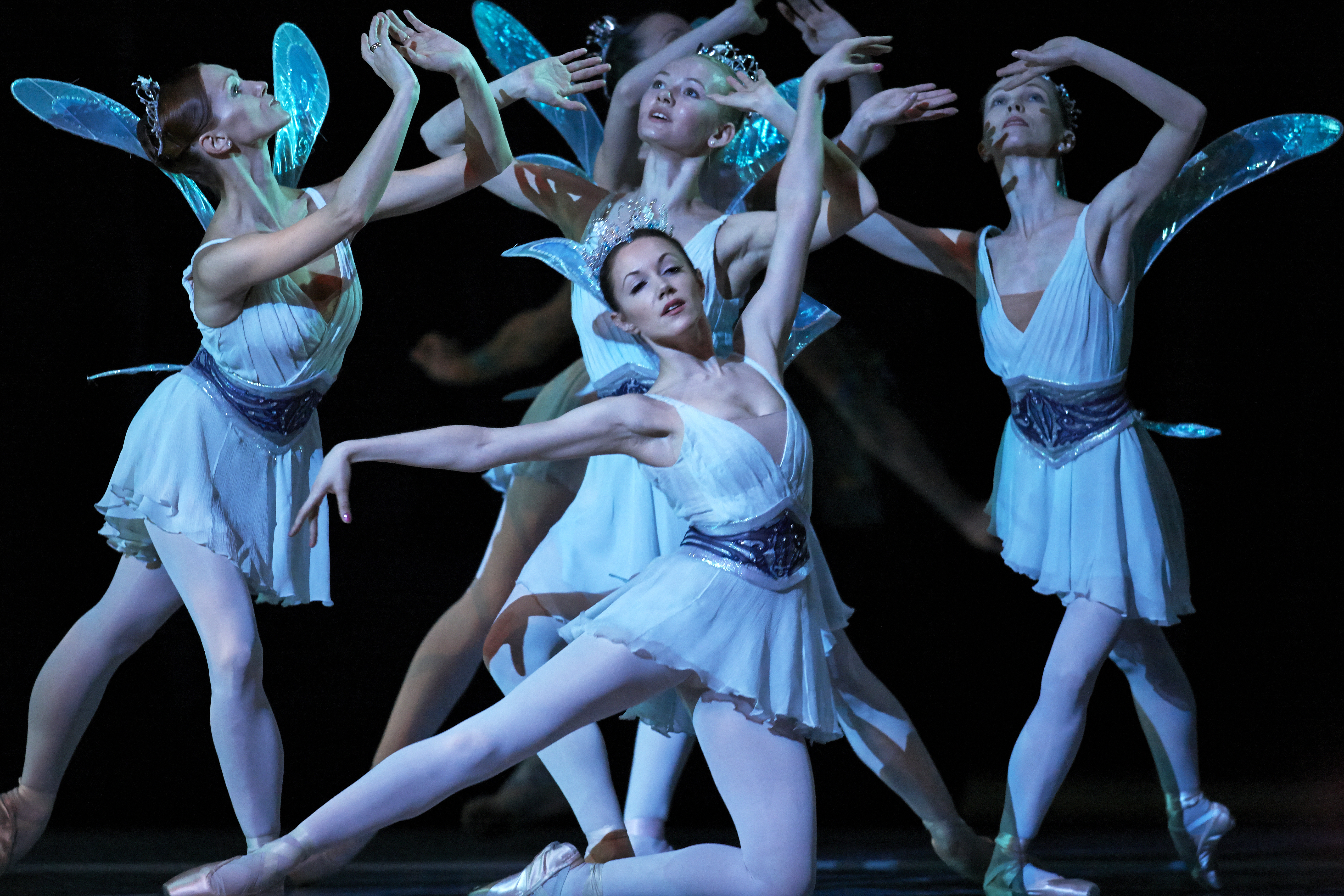 Tutus and twinkle toes take on a professional bent at Albany Berkshire Ballet, an entity that dates back to 1960 when it launched as a new branch of Artistic Director Madeline Cantarella Culpo’s Cantarella School of Dance. Over the next five or so decades, the ballet grew into a performance company respected not just in the Berkshires but throughout the Northeast, and patrons flock to see the talented dancers perform classic works such as Cinderella, The Nutcracker, Giselle, and more.

Jacob’s Pillow is a farm owned by famed modern dance pioneer Ted Shawn, who bought the property in 1931. An all-male dance company followed, creating the foundation for what is today a huge summer festival featuring more than 200 performances – many outdoors and free to the public – classes, events, and more. The farm is now a National Historic Landmark and there’s a school on the premises too.

History and music collide at this summertime fest that celebrates early music in all its glory. From mid-June to mid-July, festival attendees revel in Bach partitas, the majesty of Telemann, the music of Leclair, and so much more, all played on period instruments like the viola de gamba. Rather than hosting all the concerts at one central venue, shows are spread around the greater Berkshire area including spots in the Hudson Valley, making it easy for music lovers in Western Massachusetts to find a performance nearby.

Folk legend Arlo Guthrie established the Guthrie Center both in memory of his parents, Woody and Marjorie, and as a way to foster spiritual exchange between members of the surrounding community. Of course, it was a given that music would in some way be involved. The yearly Troubadour Series brings in talented singers, songwriters, and storytellers who seek to share tales of their days on the road and songs of protest, joy, history, faith, equality, and peace. The Talkin’ Series is dialogue-based but often features musicians who perform supportive interludes, and Arlo himself has been known to take a starring role. 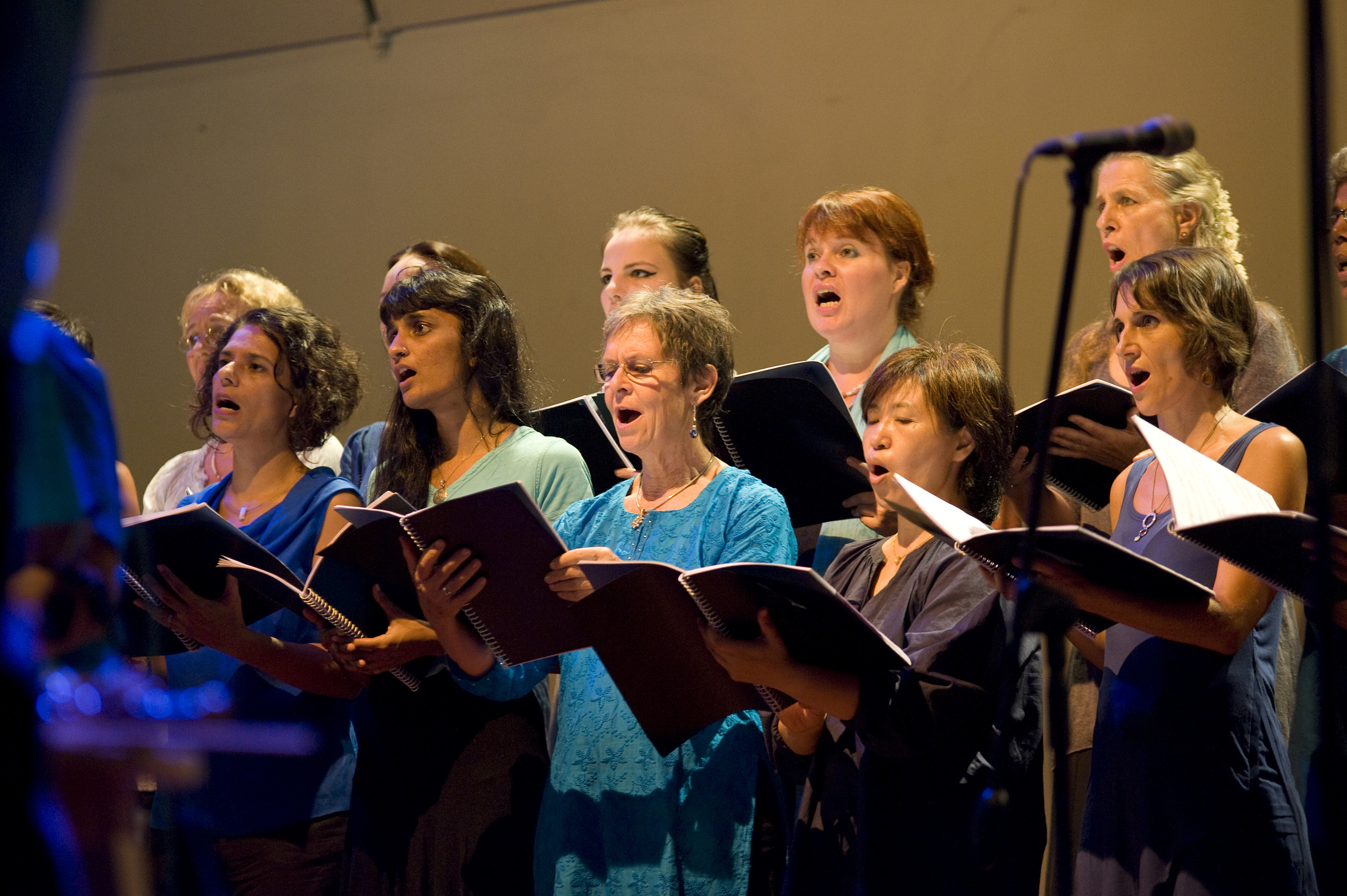 If choral music gets your heart fluttering, you’ll love soaking up the tunes sung by the talented Berkshire Concert Choir. The organization boasts more than forty years of musical history and is proud to be inclusive, offering all interested parties a chance to join without auditioning. The choir tackles some pretty big pieces, including works by Mozart, Brahms, and Carl Orff, but there are also less formal affairs such as the Summer Sings series, which encourages attendees to sing along as the choir belts out Beethoven’s Ode to Joy and other choral favorites.

Opera has an unfortunate reputation for being, well, a little uptight and inaccessible, but the Berkshire Opera Festival is seeking to change all that by offering live, unamplified performances of opera’s greatest hits. While the summer festival season may be short, the productions still garner enormous praise, with critics lauding the company’s “world-class singers” and “impeccable musicality.”

Every year, more than 50,000 people take in a musical, play, or other top-notch performance put on by Barrington Stage Company. From the company’s award-winning production of The Diary of Anne Frank to West Side Story, there’s drama, comedy, and entertainment galore. BSC has even launched a future Broadway hit; The 25th Annual Putnam County Spelling Bee started on the Barrington stage before migrating to the Great White Way and nabbing a couple coveted Tony Awards. The schedule now includes a varied docket with options for theater fans of all ages, and matinees make shows like Roald Dahl’s James and the Giant Peach particularly convenient for the younger set.

Though technically a rather recent venture, the Berkshire Theatre Group’s creation in 2010 actually marked the merger of two local stalwarts: the Berkshire Theatre Festival and The Colonial Theatre. The joint endeavor includes two locales, one in Stockbridge and one in Pittsfield, each with multiple stages and tons of history. Though both venues date from the early 20th century, they’ve been renovated to include modern conveniences and state-of-the-art technical systems to allow visiting comedians, actors, singers, and the like to look and sound their very best. 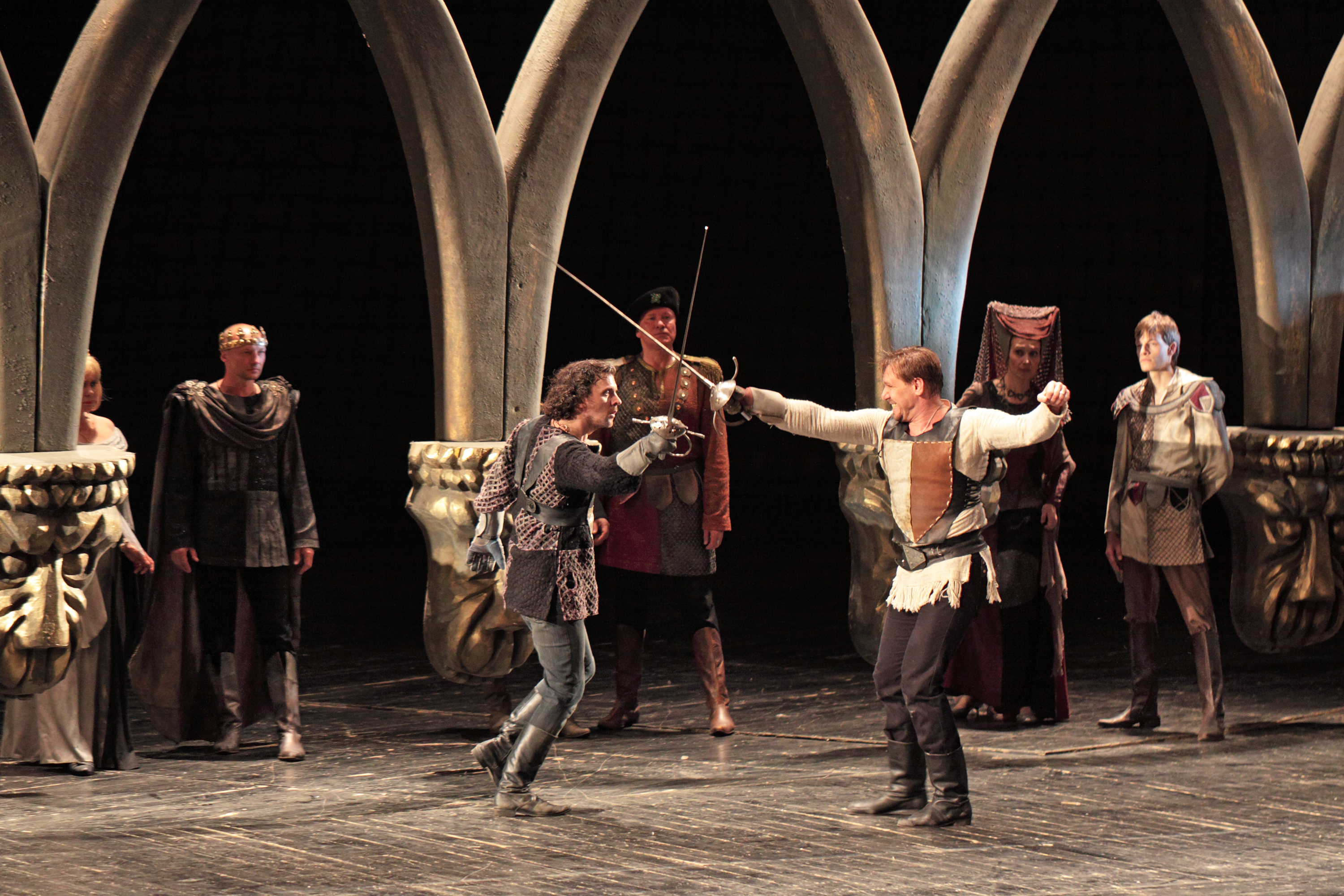 Shakespeare & Company believes that the works of The Bard are visceral experiences. Attend one of the company’s performances and you’re likely to agree. Members are committed to “the Elizabethan ideals of inquiry, balance and harmony,” a devotion that helps make works like Macbeth and Love’s Labor’s Lost more memorable than ever. Between shows, the organization also offers professional actor training led by a team of Master Teachers who instruct aspiring creatives how to harness the power of everything from imagination to emotion.

In many ways, the Massachusetts Museum of Contemporary Art is the epicenter of modern culture in the Berkshires. Visual art is a major focus here, with exhibits showcasing sculpture, paintings, photography, and mixed-media works that defy categorization but stoke the imagination. It’s also a welcome home for the performing arts, with a hefty schedule of shows that run the gamut from contemporary dance to progressive bluegrass to all things avant-garde. There are also plenty of educational programs for anyone eager to learn from visiting talent. Visit for a specific show or come and wander around the beautiful grounds – if you get peckish, there’s a full-service restaurant as well as a microbrewery to help you recharge. 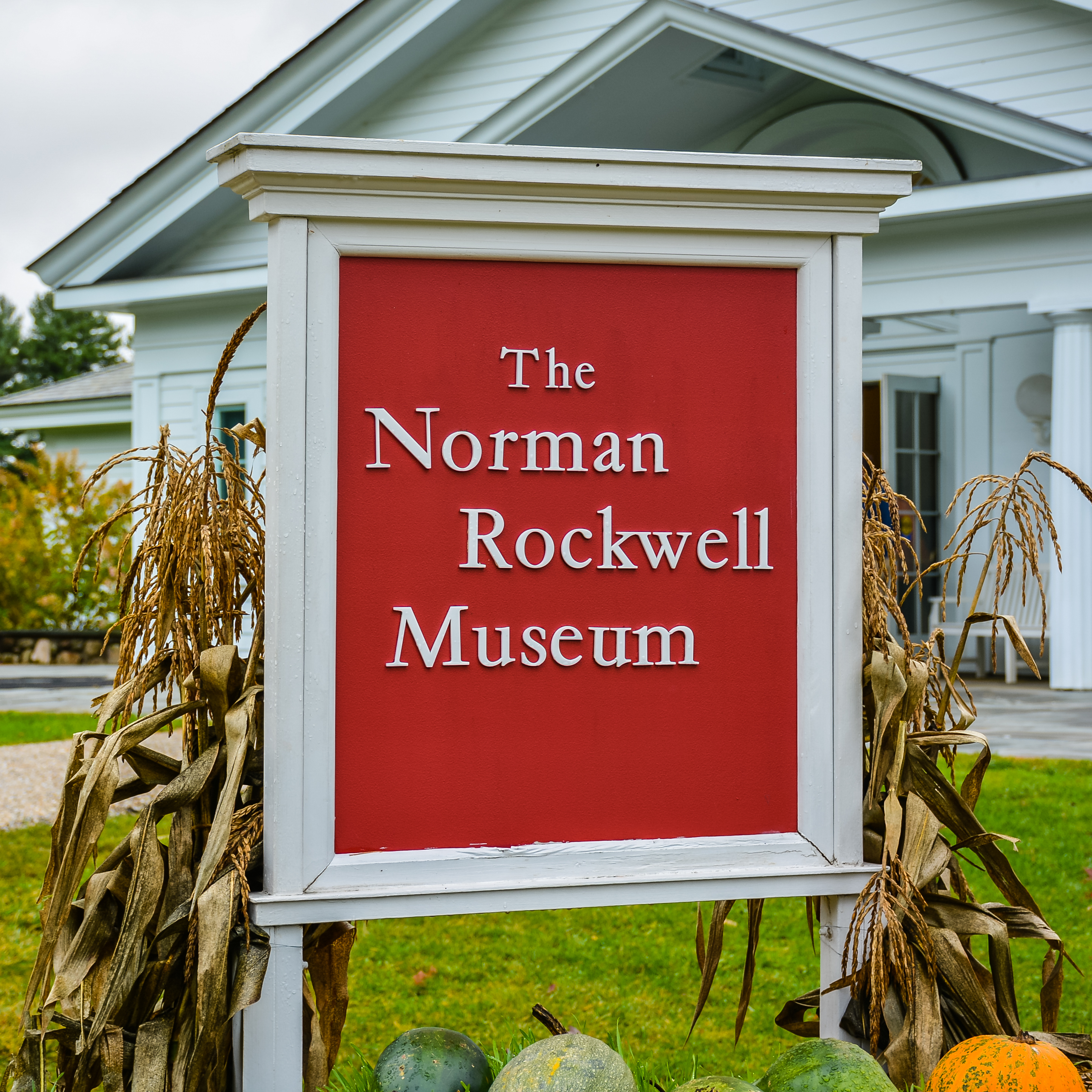 When asked about his work, famed painter Norman Rockwell once said, “Without thinking too much about it in specific terms, I was showing the America I knew and observed to others who might not have noticed.” This museum is dedicated to preserving and sharing Rockwell’s artistic observations through tours, gallery talks, and special events. Visitors are also encouraged to bring their own supplies to sketch or write on premises, a unique experience that speaks to the organization’s generosity and benevolent mission.

Baseball in the Berkshires

Few things feel as American as a hot dog, a bleacher seat, and the sound of the ball hitting the bat. Baseball is a timeless sport, and this museum pays homage to the history behind America’s game. Did you know that baseball was once banned in Pittsfield? That’s just one nugget covered by the collection of in-house and traveling exhibits curated by the museum’s staff. Here’s another: More than 40 major league baseball players were born in the Berkshires. Maybe there’s something in the water?

Stately, ornate, and downright breathtaking, Ventfort Hall is a Gilded Age masterpiece that was one the home of Sarah Morgan (sister to J.P. Morgan). It now stands as a reminder of the excess and architecture of one of the most fascinating periods in American history, and current restoration efforts promise to make the impact even bigger. The mansion and museum are open year-round, with tours and “tea & talks” often on the agenda. The grounds can also be rented out for weddings and other private events.

Anyone with a love of big-screen movie magic and a desire to dabble a bit themselves will love Animagic. Part museum, part interactive experience, this spot is ridiculously affordable to visit (the basic tour is free; the workshop is $40) but worth a whole lot more. Start with a 20-minute tour, then spend two hours creating a model, making an animated movie, finishing off your masterpiece with sound and music, and uploading the entire thing to YouTube. As for the museum portion, you can see firsthand how Hollywood created the characters in Wallace and Gromit and Chicken Run and explore the technology behind movie-themed amusement park rides too. 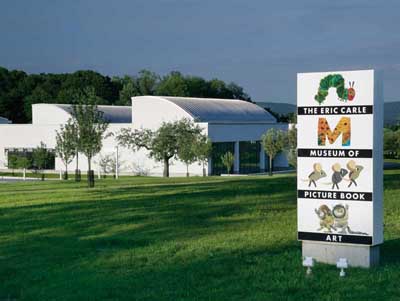 Picture books are the portals through which the littles humans first discover the world. Hungry caterpillars, proper little bears, ornery cottontails – these creatures entertain as they inform, and now they’re collected all at one place: The Eric Carle Museum of Picture Book Art. Revisit your childhood or treat your little one to scores of illustrations from picture books sourced from around the world plus educational programs geared towards families as well as scholars.

The Berkshires has nurtured quite a bit of literary talent, one of the most recognizable names being that of Herman Melville. The great Melville wrote Moby Dick while ensconced in a lovely farmhouse in Pittsfield. That farmhouse is now home to Arrowhead Farm and Berkshire Historical Society, a National Historic Landmark that serves as a museum as well as a starting point for jaunts down the surrounding nature trails.

Poetry requires inspiration. William Cullen Bryant found his at his Berkshires homestead, where he lived as a boy and returned to every summer from 1865 until he passed away in 1878. The home has been transformed into a museum, with many of the Bryant family mementos still on display. There are colonial artifacts, pieces from Bryant’s travels abroad, and the Victorian cottage itself, which is quite impressive. Ramble around the homestead and you’ll discover maple trees that are tapped yearly for syrup, numerous trails, and the towering trees that made appearances in Bryant’s poems. 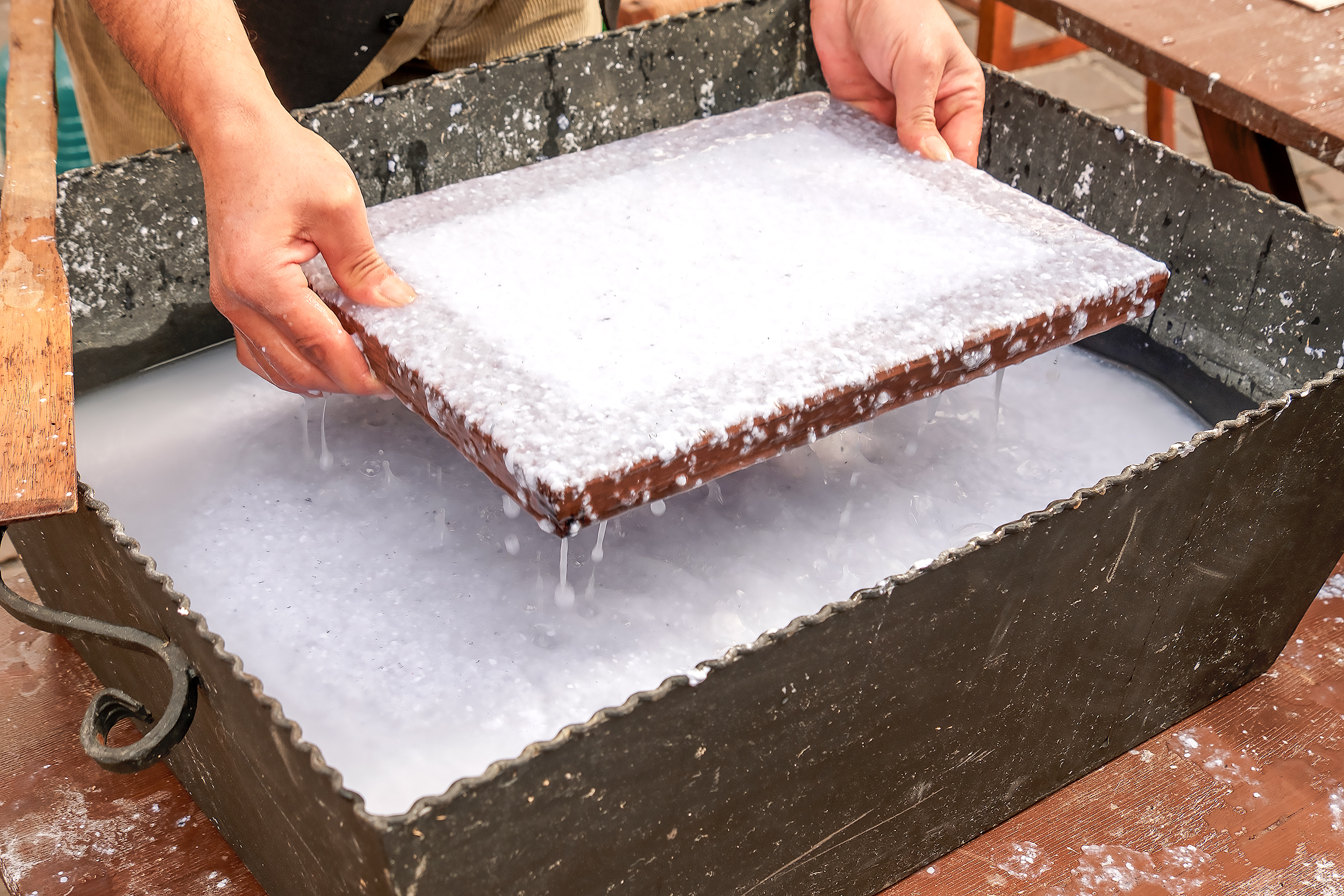 It’s been more than 200 years since Zenas Crane founded his paper company on the banks of the Housatonic River, and this proudly American institution is still churning out printed works by the bundle. Crane made the paper Paul Revere used for his banknotes, and one Stephen Crane was himself at the Boston Tea Party. History is engrained into ever ream sold at Crane’s, and now the public can take a free tour to see the legacy firsthand. Tour times are limited, as Crane’s is still fully operational, so call first for current times and tour availability.

Best Things to do in Massachusetts

Massachusetts has something to offer everyone, whether you enjoy walking, visiting museums or just relaxing in a park. There is just so much to see and do here, you will wonder why you’ve never been before!

Posted Under: Get Away the Berkshire Way, Uncategorized